The Algonquin Nation Secretariat issued a press release regarding the announcement of the Tewin project.

The press release can be found here.

The winners of the draw were:

For the 2nd and 3rd place prizes, please contact the Tribal Council office to provide your size for the jacket and hoodie.

Thank you to everyone who attended our virtual Annual Assembly! 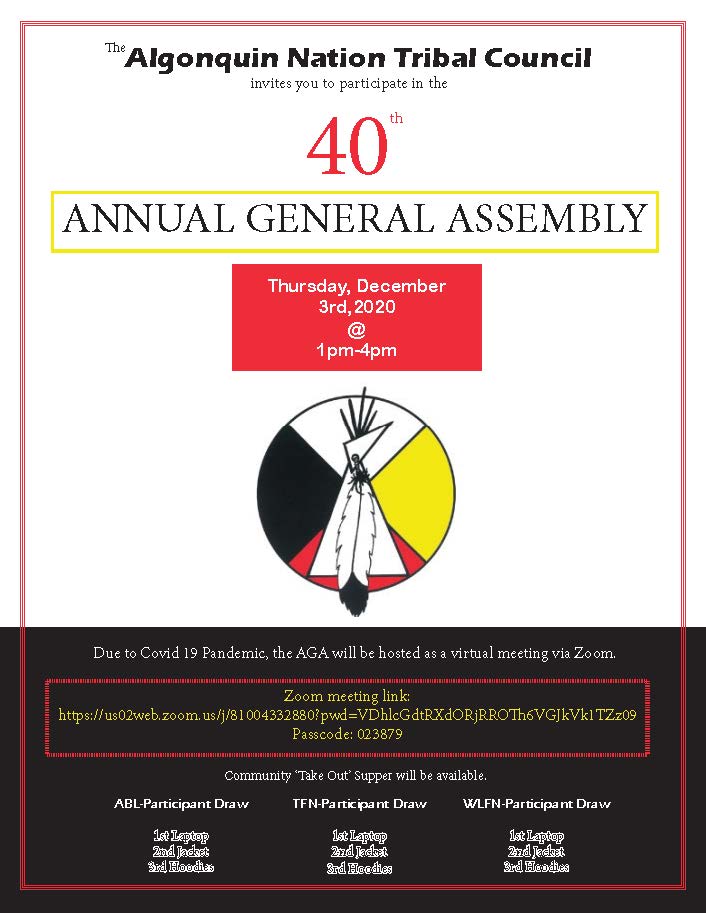 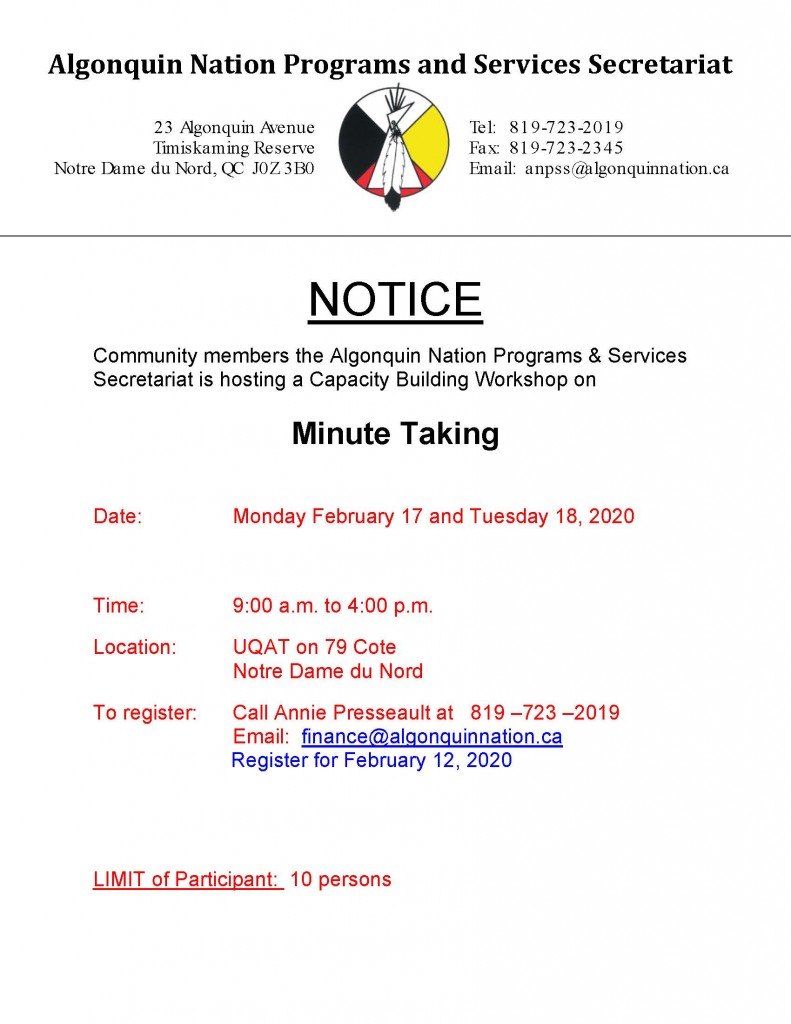 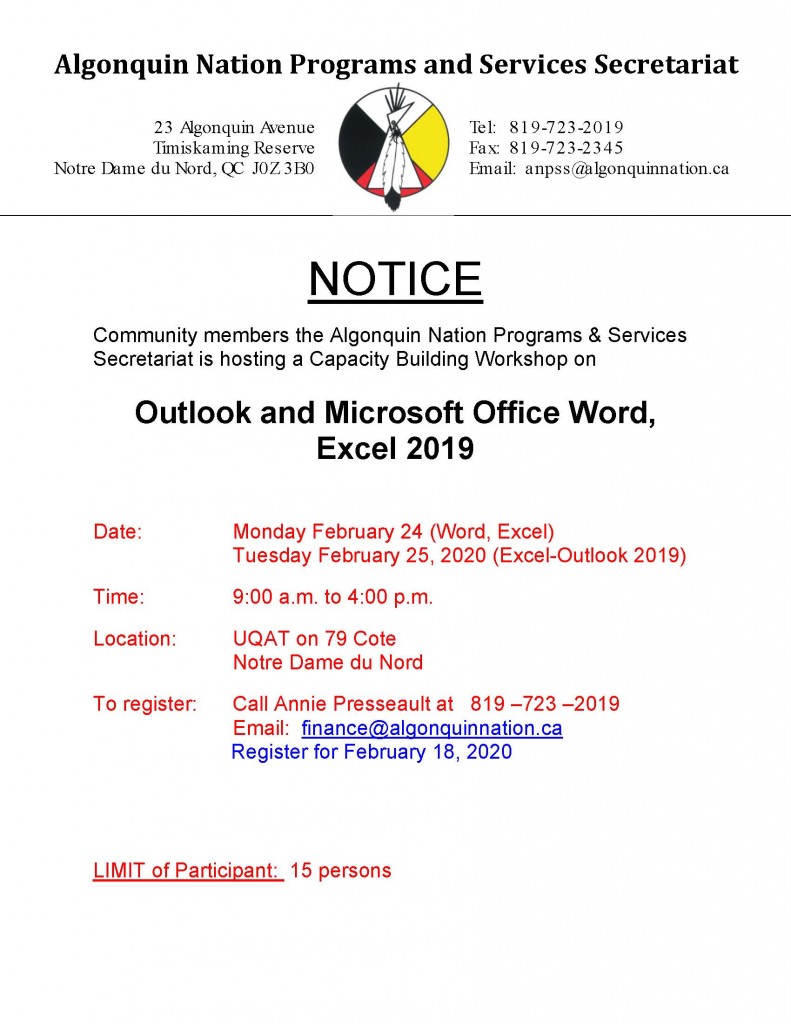 Ahead of the Annual General Assembly, here are the documents to review: 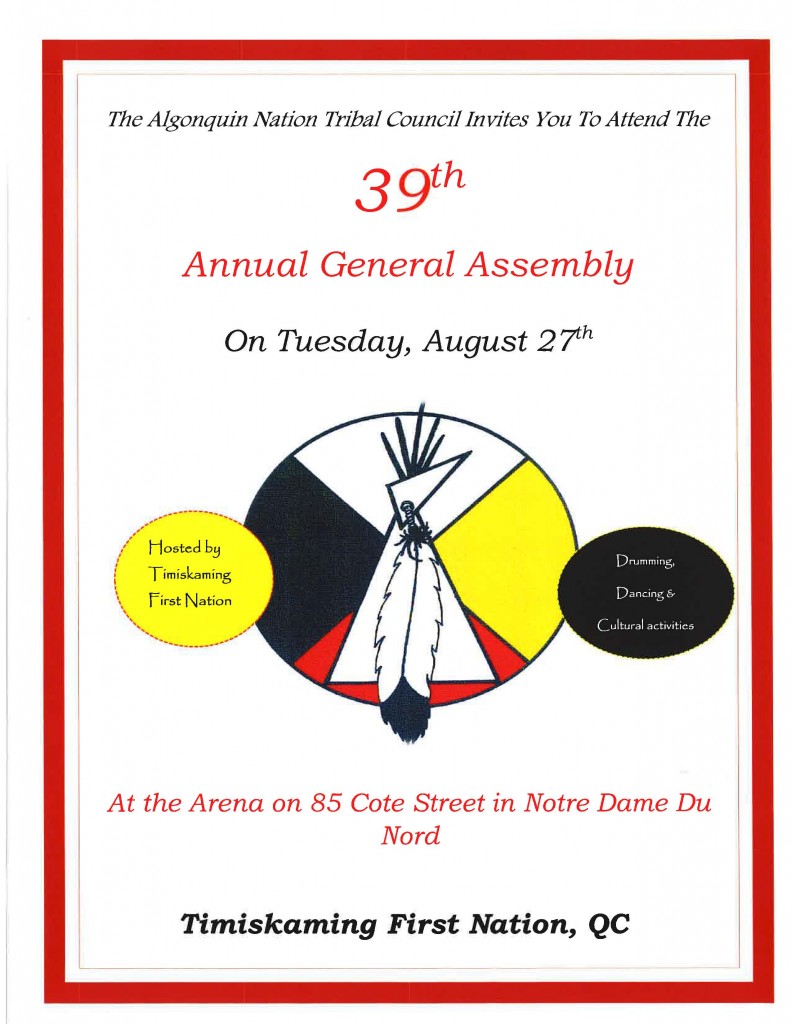 He was first elected Chief in April 1987 and served as Chief of Wolf Lake until his passing. Throughout this time, and in spite of government opposition, he made efforts to obtain lands for Wolf Lake, one of the few historic First Nations in Canada still without a reserve land base. He also had a wider vision for his community based on continuing use and occupation of their traditional lands, and involvement in the regional economy, especially the tourism sector.

Chief St. Denis put in years of service on behalf of the Algonquin nation. He served as Grand Chief of the Algonquin Nation Secretariat, and was active in efforts to develop practical working relationships between the members of the nation. He was always available to support the struggles of neighbouring First Nations, and to offer assistance, and was a strong advocate for Algonquin Aboriginal title and rights.

This commitment to the advancement and protection of rights led him to be involved at the regional and national levels, too. In the 1990’s he served as a key member of the Assembly of First Nation’s Delgamuukw Implementation Strategic Committee, which was trying to get changes to the federal government’s Comprehensive Claims policy. Over the years he appeared before many government and parliamentary committees, making the case for recognition and implementation of rights and title.

Most recently, Chief St. Denis had devoted time to the protection of Chaudiere Falls / Akikodjiwan sacred site, another part of his long commitment to the honouring of the land.

We will miss his leadership and guidance. 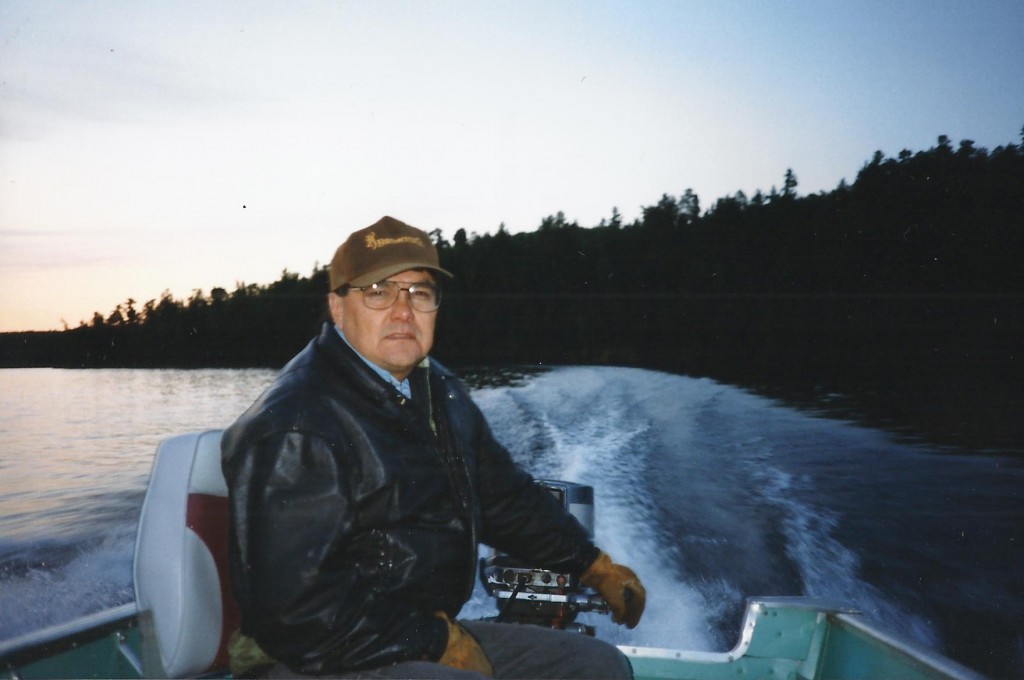 Ahead of the Annual General Assembly, the documents from the 37th AGA are available for review.

Below are the Resolutions passed and the draft minutes to be approved at the 38th AGA.

The 38th Annual General Assembly will take place at Timiskaming on September 27, 2018.

The previous assembly’s resolutions and minutes will be available shortly for members to review prior to this years assembly.